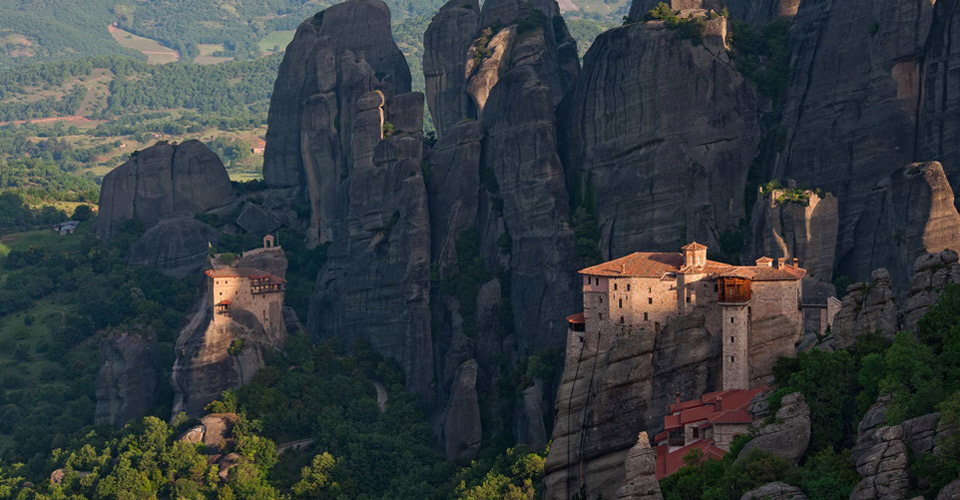 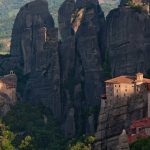 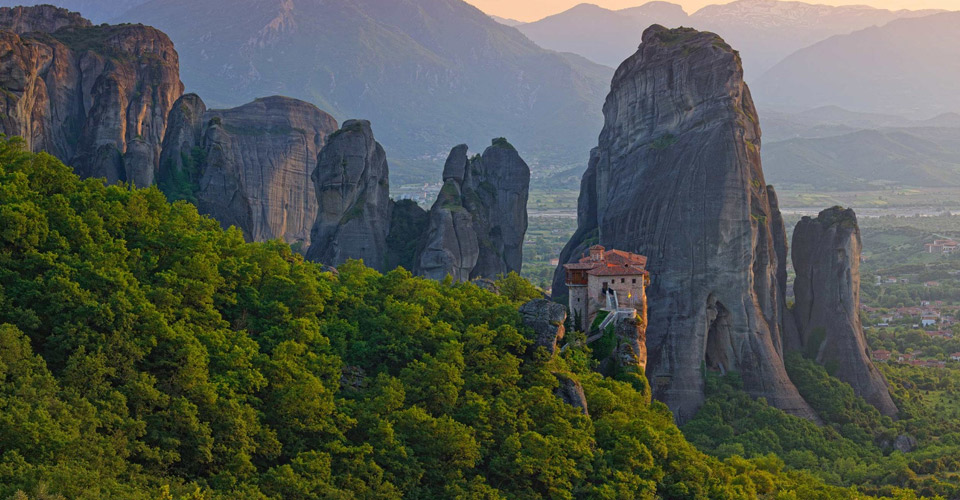 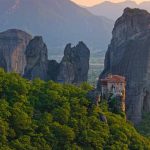 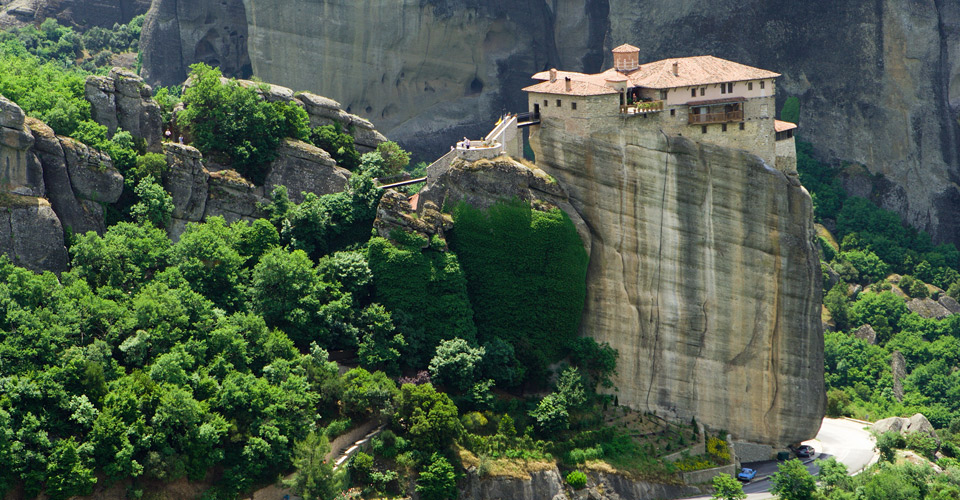 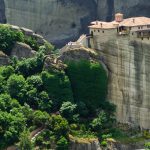 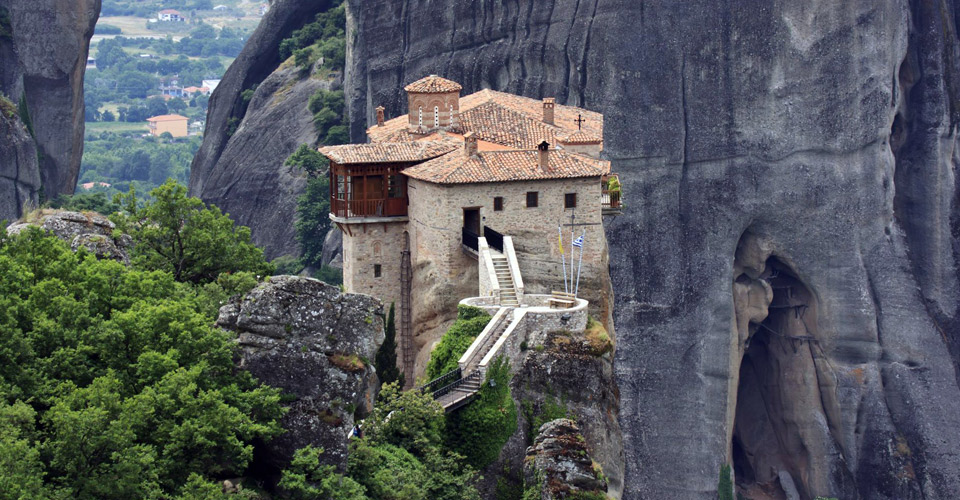 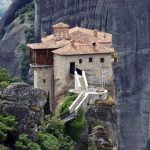 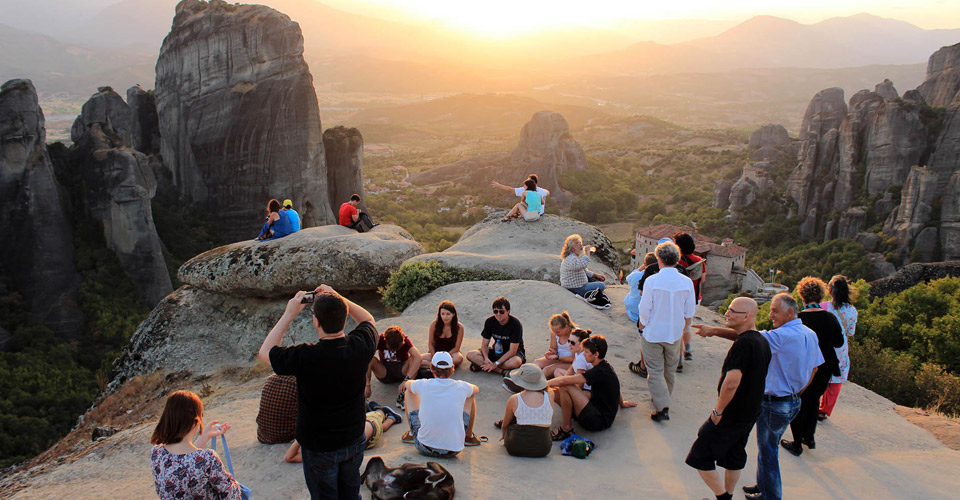 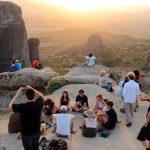 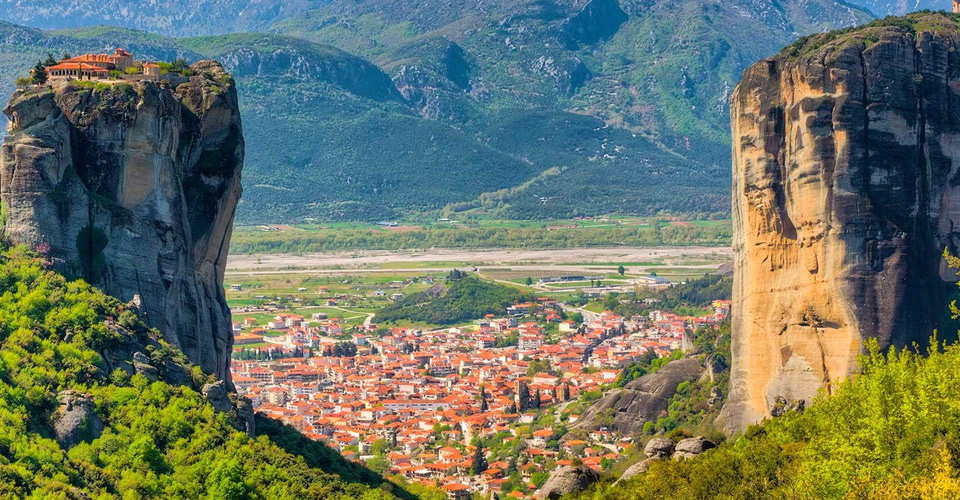 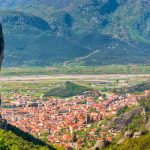 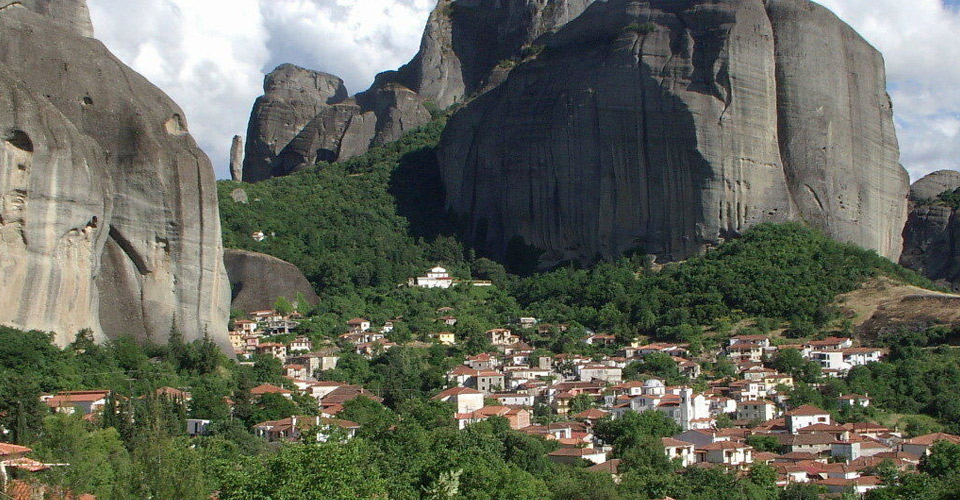 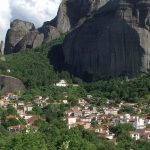 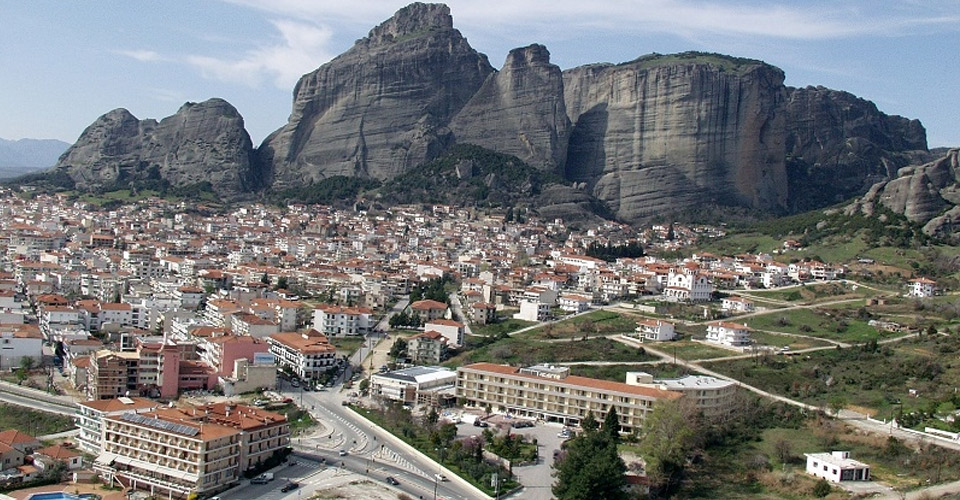 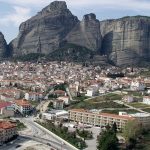 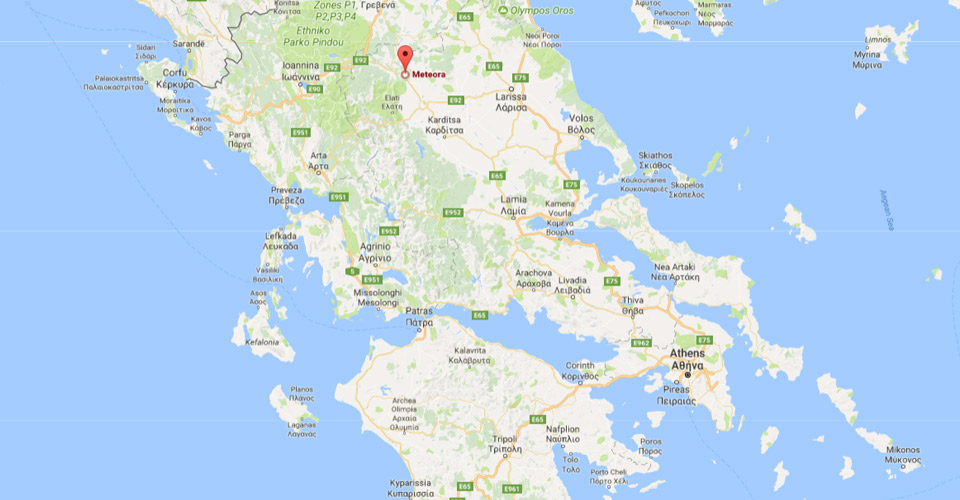 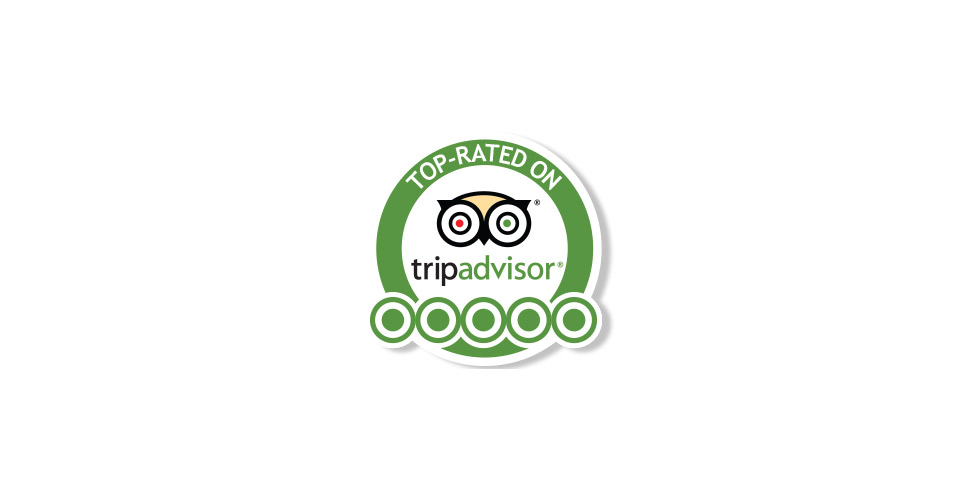 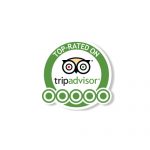 The Meteora is a formation of immense monolithic pillars and hills-like huge rounded boulders which dominate the local area. It is also associated with one of the largest and most precipitously built complexes of Eastern Orthodox monasteries in Greece, second in importance only to Mount Athos. The six monasteries are built on natural conglomerate pillars, at the northwestern edge of the Plain of Thessaly near the Pineios river and Pindus Mountains, in central Greece. Meteora is included on the UNESCO World Heritage List.